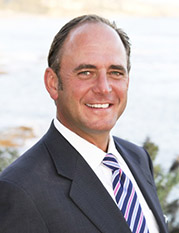 Since 1990, Matt Henderson has been in the life and disability income insurance business representing Massachusetts Mutual Life Insurance Company (MassMutual) and other major companies. As founder and president of Henderson Financial Group, Mr. Henderson has successfully implemented over $1.6 billion of life insurance for clients and their business, personal and estate planning needs. The company strives to provide amazing client service and fulfill its motto: “Secure your dreams for LIFE.”

Mr. Henderson has a Certified Family Business Specialist designation, which he earned after attending Northeastern (OK) State University on a baseball scholarship. He is involved with the Alzheimer’s Association, Orange County Discovery Science Center and other charitable organizations. In his spare time, he enjoys playing golf, watching Major League Baseball, College Football and traveling. Matt’s son, Kelly, was a two-time All American collegiate wrestler and is now a High School Wrestling Coach and Geometry teacher. Kelly and his wife had a baby boy and Matt gets to include “PaPa” to his titles!

After growing up as an adopted child, Mr. Henderson met his biological father, Jerry, in 2000 for the first time. That chance encounter led him to add an office in Newport Beach, CA. The company maintains its original office in downtown Tulsa, OK.